I was thinking this morning about aggressive humility. Doesn’t sound right, does it? It is like a Joe not being Sloppy or something. Just doesn’t jive.

But I don’t think the combination is bad. It is our thinking that is off. We live in a pretty passive society. Even our aggression tends to be of the passive-aggressive sort. What do we do when we get angry? Mostly, we pout. We have traded left hooks for silent-treatments. This is great for decreasing violence, but it really does very little toward resolving conflict.

Usually when I meet with someone in conflict, we end up looking at options. Typically the first option listed and considered is escape: My roommate keeps feral animals in the apartment, I should move out; My manager is difficult to work for, I should quit; My marriage isn’t total, uninterrupted bliss, I’ll call the attorney. 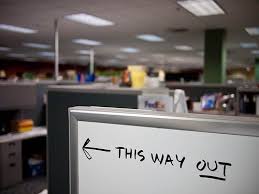 Not to say that escape isn’t a viable, even wise, option. Like when danger is present. If someone is inside my house with an ax, I’m not going to try to win a friend and influence a psycho. No, it is time to go. There are ax moments in relationships: sometimes relationships just need to end, especially when destruction is where the relationship will lead, and when we know that for sure.

But there are many non-destructive conflicts that we meet with the immediate nuclear option. In this way we rob ourselves of relationship, of growth, and of wisdom.

I recall a hardship in childhood when my parents went from pretty splendidly married to throwing plates and insults at each other. Eventually they separated, then divorced. It happened pretty quickly from my youthful vantage, but I’m sure there was a slow, behind-the-scenes boil that occurred. It was an unpleasant ordeal that left my sisters and me trying to realign our view of the world, our mother, and our father. And the beauty of this? We couldn’t leave the situation. I was like ten. I couldn’t hit the road. I couldn’t quit my family. I couldn’t run . . . at least not far.

So I dealt with the situation. I spoke with my mother, with my father, with my sisters. I tried to figure out who was at fault (if anyone), how to forgive, and what was my lot in the situation. I learned a lot about life, about love, about hate, and about reconciliation–not because my parents reconciled, but because I got to choose to reconcile with them, even in their brokenness.

And it was these exact lessons I used in college when I had a roommate who went from August to Thanksgiving Break without doing laundry: it was a broken situation, for sure, but it didn’t have to lead to a fractured relationship with a smelly yet awesome friend. I used this in dating relationships, and now I use these lessons almost weekly in my marriage.

Now I’m not saying the divorce was optimal–that sort of goes against the original premise of this post. But what I’m saying is that if we force ourselves sometimes to stay in situations, to take them on, to work through pain, and to aggressively pursue self-sacrifice for the sake of relationships, we’ll learn genuine friendship, we’ll grow, and we’ll attain a deeper level of wisdom.

The thing is, though, we can’t afford to wait around. The pot of conflict is on the burner, and the heat is on. We have to be aggressive about building bridges of reconciliation because bridges, to my knowledge, never build themselves. It starts with committing to stay in the situation and to resolve it from the inside out–starting with our own hearts, then building outward to the relationship itself and the problems therein. That takes humility and courage and perseverance–all those things we all claim to really want, but are usually unwilling to actually allow ourselves to have.

Yes, there may be a time to run, but first I think comes the time to fight for what is right, for what is best, for what reconciles relationship . . . to quit being passive and quit quitting altogether.